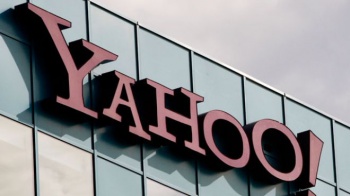 Yahoo is said to be developing its own video sharing platform to rival YouTube, and is allegedly even planning to poach the biggest YouTube stars to make it work.

Fed up with YouTube’s changes and issues? You might have a new alternative coming soon, as web entity Yahoo is said to be developing its own video sharing platform to rival Google’s. In a report over on Re/Code, it states that not only is Yahoo planning on developing its own video network, but it’s also set to lure YouTube’s biggest stars and networks to showcase their stuff on its platform. According to the report, Yahoo is targeting to take advantage of the complaints piling up from video producers and networks regarding YouTube’s revenue scheme. It claims that Yahoo executives have approached YouTube video makers and network owners and offered them better revenue economics either by improving ad revenue or by offering guaranteed ad rates for videos. In addition to that, Yahoo is also said to offer extensive marketing even on its home page, and as well as allowing video producers the capability to sell ads along with Yahoo’s own sales force.

Allegedly, Yahoo aims to launch the platform in the next few months, but there is one difference in Yahoo’s approach. It’s said that Yahoo won’t be copying YouTube’s open platform that lets users upload 100 hours of content every minute to the network; and is instead, interested in “cherry-picking” popular and more professional YouTube offerings — at least for now. However, one source inside Yahoo states that the company might open the platform further, though at an unspecified time frame.

It’s important to note that Yahoo CEO Marissa Mayer — who was a former executive at Google — is supposedly the one pushing for the new video platform. Given how she used to work for Google, Yahoo might have a fighting chance at succeeding where others have failed.

At the time of this writing, Yahoo has not responded to comments regarding the report.

For viewers and video producers, are you looking for an alternative to YouTube or will Yahoo fall flat on its face since YouTube is just too big to even be challenged? Also, if this does come true, what does Yahoo need to do in order to take away some of YouTube’s one billion views per month — and the network’s premiere producers?