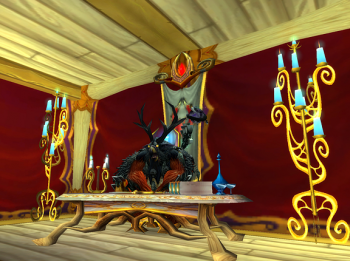 Researchers say that if MMO makers don’t do something to curb the addictiveness of their games, Western governments may be forced to impose limits upon them similar to those in place in Asia.

We all know that conventional videogames have a definite beginning and end, while MMOs can effectively go on forever. It’s this “inexhaustible” nature that researchers from universities in Cardiff, Derby and Nottingham Trent in the U.K. say makes them particularly problematic for the estimated seven to 11 percent of “pathological” gamers, some of whom play as many as 90 hours in a single session.

Some games carry messages warning against overuse, which Dr. Shumalia Yousafzai of the Cardiff Business School said indicates that MMO makers are aware of the addictive nature of their games (and thus at least indirectly complicit in process of addicting gamers), but “cyber psychologist” Dr. Zaheer Hussain said those warning messages are inadequate protection for players who are prone to becoming hooked.

“As a first step online game developers and publishers need to look into the structural features of the game design, for example the character development, rapid absorption rate, and multi-player features which could make them addictive and or problematic for some gamers,” he said. “One idea could be to shorten long quests to minimize the time spent in the game obtaining a certain prized item.”

Nottingham Trent University Professor Mark Griffiths said that while the proportion of gamers who develop problems will likely remain constant, “As online games get better and better and increasing numbers of people discover them, the number of addicts is most probably going to rise.”

The study warned that if MMO makers don’t do something to address the issue, governments may be forced to legislate usage limits.