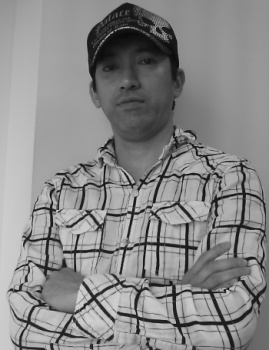 You may not have heard of Zenimax Media but you surely know of its work. For years, its public face was Bethesda, the developer and publisher best known for the Elder Scrolls series and the revived Fallout franchise. More recently, however, Zenimax has come to greater public attention through purchases of id Software and Arkane Studios, and now Mikami is standing under its umbrella as well.

Mikami brings an impressive record to the table, serving in “key roles” on franchises including Resident Evil, Devil May Cry, Viewtiful Joe and Goof Troop. Five of his games have achieved scores of 90 or higher on Metacritic and Gamerankings, and Zenimax CEO Robert Altman described him as “one of the industry’s finest game developers.” Mikami announced the creation of Tango earlier this year with a Flash game that allowed gamers to help him commit ritual suicide.

Both Mikami and Altman made the usual press release noise about how excited they are for the future and how much they’re looking forward to working with each other, but what’s really interesting is Zenimax’s apparent bid to move up to the heavyweight class. For a decade, Zenimax stood pat with little more than Bethsoft and the slow-roasting Elder Scrolls series, but in little more than a year it’s picked up id and Arkane, wrestled Rage away from EA, snagged the rights to Prey and now has one of Japan’s premier game makers.

That’s a pretty impressive run. The obvious question is, is it over yet, or will we see more big names joining the family in the future?