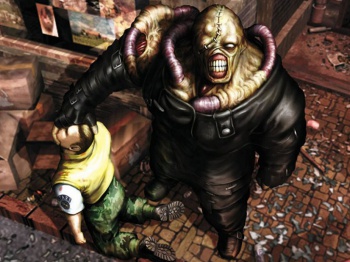 Capcom will use the upcoming Revelations remake to judge where to go next.

Now that the Resident Evil plot threads are well and truly tied in knots, it might be better to break out the scissors than try and untangle it. With the chilly critical reception the series has been receiving, it might be time for Capcom to simply reboot the whole thing, series producer Masachika Kawata told Eurogamer.

Kawata said that Capcom will be using the upcoming console remake of the 3DS Resident Evil: Revelations as a sounding board for the future of the franchise. “Once we see Revelations released on consoles, we’ll be looking very carefully at how the title is received and what feedback we get. I think we’ll get a lot of input from the fanbase and the media on what it means for Resident Evil, and what it could mean for the future of the series. We’ll definitely be looking at that as a signpost for where we need to be going next.”

However, Kawata clarified that this would be to rediscover the heart of the franchise, not just as a response to Resident Evil 6. “Moving forward I can see us focusing even more on the horror aspect and fear in the series, and see us making something scarier than we have already.”

He speculated about some possible new additions, even talking about adding open-world elements. “[W]e would want to preserve what Resident Evil is and what makes it appealing to fans, while also making it accessible to new players.” But don’t get your hopes up, because any change might be far off. “If anyone is waiting for an open-world Resident Evil, I think it will certainly be quite a while. So in the meantime, I recommend giving Revelations a try.”

Resident Evil: Revelations will launch for PS3, Xbox 360 on May 21st, with PC and WiiU editions to follow.