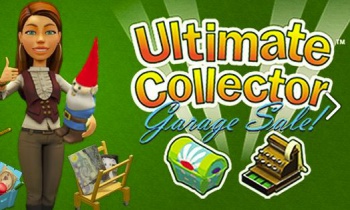 As you may or may not be aware, Richard Garriott is stinking rich. Not only did he make a lot of money in his long career as a game designer making the Ultima RPG series and inventing the MMO, but he recently received a huge settlement from NC Soft and $7 million in venture capital funding this summer for his foray into mobile gaming with Portalarium. Unfortunately, all the money in the world can’t protect Garriott’s employees from a shift in focus. Friday, news that Portalarium laid off several employees broke on Twitter, but today the company confirmed it was cutting back.

“We are reducing staff to the appropriate levels to support and grow our recently launched products, as well as continue development of Richard Garriott’s Ultimate RPG,” a spokesperson from Portalarium told Games Industry International.

Portalarium launched a Facebook game called Ultimate Collector in November 2012, but it looks like a knock off of mechanics perfected by other companies like Zynga. The company decided to shift into a support role for that game while it created the Ultimate RPG, which plans to bridge the gap between mobile, social and traditional PC gaming.

The problem is that most of those former employees had no idea the layoffs were coming. “Today [Portalarium] had to lay off people & I was one of them,” wrote senior programmer Paul Evans on Friday. Evans is expecting a child; he and his wife were going to find out whether they were having a boy or a girl next week. “Worst thing in the USA is the health insurance deal.” The timing is terrible, and Evans was understandably upset that he was blindsided by this news.

Despite all that, Evans stayed positive. “I wish @Portalarium best of luck,” he said.

There’s no word how many developers lost their jobs, but any blow like this is hard during the holidays. Here’s hoping Evans, his family, and everyone else affected by these layoffs lands on their feet.