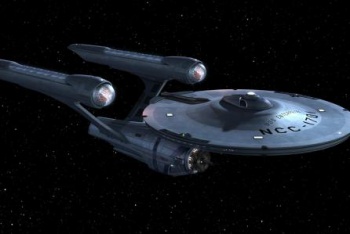 It was only last May that Roberto Orci was given the director’s chair for Star Trek 3, since JJ Abrams found himself occupied with other things. But now, mere months later, Orci is stepping down from the position, letting someone else take the helm for a 2016 release.

Orci previously wrote the first two films of the series, but this would have been his directorial debut. That said, he won’t be leaving the franchise behind entirely: Orci is staying on board as producer. This is the latest in a string of departures for the controversial writer, who backed away from Sony’s Spider-Man franchise in July and the Power Rangers reboot last September.

The big question now is who will take the lead on Star Trek 3. Currently rumored to be at the top of the short list is Edgar Wright, who previously directed Shaun of the Dead and The World’s End, and was lined up for Marvel’s Ant-Man until last May.