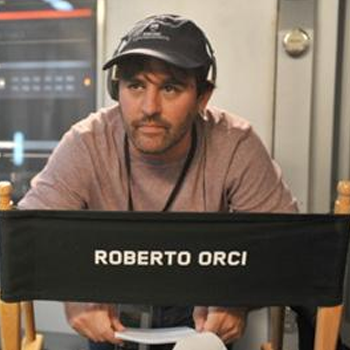 With JJ Abrams currently occupied with That Other Star Movie over at Disney, someone else is going to have to take the reins for the third installment of Paramount’s polarizing but profitable Star Trek reboot series. Now, after weeks of rumors, Variety reports that someone will be Roberto Orci, who co-wrote the previous two installments with then-partner Alex Kurtzman and Damon Lindelof.

No plot, returning cast or release date have been announced for the film. This will mark Orci’s first ever directing credit, solo or otherwise, and also his first major venture after parting (professional) ways with former partner Alex Kurtzman (who has similarly moved on as director of Sony’s Spider-Man spin-off, Venom.) The two men started their careers as writer/producers for Sam Raimi and Rob Tapert’s Hercules and Xena TV series before graduating to features. In addition to the Trek reboot, they were also responsible for the first two Transformers movies, The Amazing Spider-Man and The Island, among others.

Orci is a sought-after talent but also an often controversial figure in Hollywood, at one point infamous for peppering his (since deleted) Twitter feed with 9/11 conspiracy theories and political rants. He also lost more than a few boosters among Trek fandom when he picked a fight on a message board.