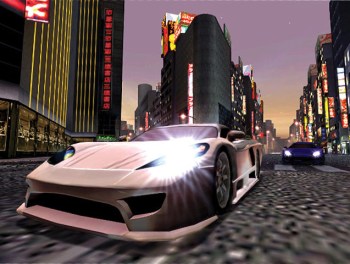 For the next few days, anyone joining the Rockstar Games Steam Community gets Midnight Club 2 free.

Midnight Club is one of Rockstar’s lesser lights, forgotten by most amidst the sound and fury of Grand Theft Audio, Red Dead Redemption and all the other big [and even not-so-big] franchises that leap to mind when the such things come up in conversation. But as arcade racers go the games are actually quite good, and even though Midnight Club 2 is pushing ten years old it’s still a lot of fun.

And for the next few days it’s also free, with a catch, of course: you’ll have to join the Rockstar Steam Community to get it. Get your name on the roster by 10 am PST on May 15 and at some point over the next couple of weeks you’ll find a non-giftable copy of Midnight Club 2 in your Steam account.

Midnight Club 2 was originally released all the way back in 2003 for the PlayStation 2, Xbox and PC, and was a pretty spectacular looking game in its day. It features a wide range of fictional cars and bikes based on real-life vehicles, racing through the streets of Los Angeles, Paris and Tokyo, plus multiplayer support for up to eight racers at once! It’s not what you’d call a high-fidelity racing simulator, but as a high-speed, “light-it-up-and-drive” game, it was pretty fantastic.

Not a whole lot more to say, really. Do this, get that, be happy. You’ll need a Steam account with at least one game registered to it already, and if that game, or any of them, happens to be Midnight Club 2, then you get nothing. Hey, life’s tough.

Thanks to NewClassic for the tip.

Get Hammered With These Mass Effect Character Cocktails