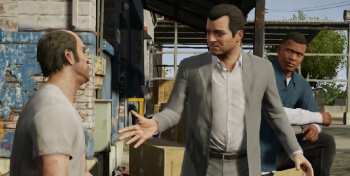 A Rockstar job posting asked for “a talented graphics programmer to help bring our latest titles to the PC platform.”

Rumors surrounding PC ports of popular Rockstar titles, such as Red Dead Redemption and the upcoming GTA V got a bit more credibility, when a job posting for “a talented graphics programmer to help bring our latest titles to the PC platform” popped up on Rockstar’s official website. The posting has since been removed, but the team over at Rockstar Watch prove once again that the internet never forgets.

A partial capture of the posting is as follows:

“Rockstar Leeds are currently looking for a talented graphics programmer to help bring our latest titles to the PC platform. Working together with the other Rockstar studios, you will be responsible for maintaining the studio’s uncompromising quality bar, delivering the highest quality PC experience possible.”

While this part of the posting seems geared towards porting already released titles, such as Red Dead Redemption, in another section, it made mention of “working with skilled developers on Next Generation games,” which points towards GTA V getting a release on Next-Gen consoles, including, of course, the PC.

Rockstar has typically released PC versions of its Grand Theft Auto games in the months following the console release, however, this time Rockstar has given no mention that a PC version of GTA V is in the works. Red Dead Redemption, which was released back in 2010, also never saw a PC version, despite pleas from fans.

GTA V releases this September for the Xbox 360 and PS3, and will feature three distinct protagonists that the player will switch between during the main campaign.

Sony Boss: Don’t “Shove Something Down a Consumer’s Throat”