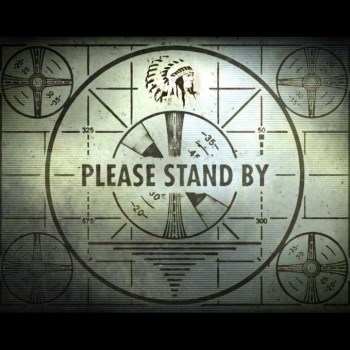 A debate is raging over whether a newly-registered domain is a tease for the next Fallout game.

Head over to thesurvivor2299.com and you’ll be greeted by a blank, black screen and an odd, grating beeping. “What could it be?” you ask yourself. The sharp minds at Reddit – some of them, anyway – think they have an answer.

The whois result for thesurvivor2299.com states that the registrant is none other than ZeniMax Media Inc. of Rockville, MD, parent company of Fallout studio Bethesda Softworks. And the beeping, the Redditors say, is actually morse code for “11.12.13,” which would seem to correspond to a date.

“Aha!” I hear you cry. “November 12 was two days ago!” True enough, yes, unless you happen to live in Europe, in which case it’s actually referring to 11 December 2013. Could it be a hint that the next Fallout will take place overseas? Obsidian’s J.E. Sawyer, the lead designer and project coordinator on Fallout: New Vegas, has said in the past that he’d like to make a Fallout spin-off based on the European/Middle Eastern conflicts during the Resource Wars.

On the other hand, the domain name is registered with GoDaddy, while all other Bethesda domains are registered through Corporate Domains. That could very well indicate that the whole thing is a prank – but it might not, too. The site source code offers no hints one way or another, although the morse code sound file is named “bridgeport,” which may carry some significance.

The bottom line is this: It might be real, it might not – but until we know for sure, we’ve got something to look forward to in December. Speculation is fun!

(To clarify: A 27-day countdown timer has appeared on the site. It will end on December 11. I’m so excited!)