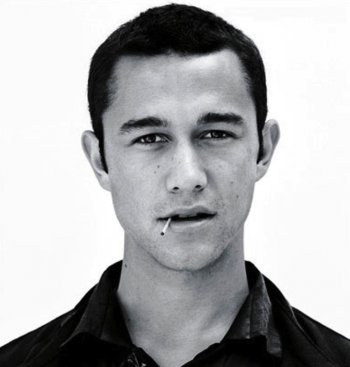 That rumor comes courtesy Latino Review which cites an unnamed, “trusted source” who claims that Levitt has met with Marvel Studios and that the firm sees Levitt as the “ideal” choice for a cinematic adaptation of Doctor Strange.

Strange, for those of who lack an attic full of longboxes, was a talented, wealthy surgeon who mutilated his hand and was unable to continue in his profession. Following the accident, he travels the world seeking, well, whatever it is that you seek when your life is a shambles. To make a long story short, Strange meets a magical Asian man who he adopts as his servant, and shortly thereafter he becomes the Sorceror Supreme of the Marvel Universe. If that title is meaningless to you, just know that he’s the guy that other superheroes go to when they have big, existence-threatening problems of the magical variety.

He’s also been around for decades and features prominently in many Marvel stories, so it’s inevitable that Strange will appear in the Marvel Cinematic Universe.

Levitt, as comic book fans already know, starred in The Dark Knight Rises, a film based on DC Comics’ Batman property, but that shouldn’t have any bearing on the possibility of his joining a Marvel Studios film. While the comic book wings of DC and Marvel are eternally locked in a struggle to determine the fate of geek allegiance, the cinematic off-shoots of these companies are free to trade actors at will. As you may recall, Ryan Reynolds portrayed DC’s Green Lantern and Marvel’s Deadpool (though since both roles were in terrible films, we won’t blame you from erasing them from your memory).

As for this potential casting news, it sounds awesome. Levitt has proven himself a very competent actor, and he’s enough of a darkly handsome guy that he could certainly pull off the alluringly mysterious aspect of the Doctor Strange character. Plus, that would add one more major, impressive name to the Marvel Cinematic Universe roster. Personally, I’d love to see an Avengers flick that teams Levitt with Robert Downey Jr., Chris Hemsworth, et alia. If nothing else, that would be a very impressive, attractive ensemble.