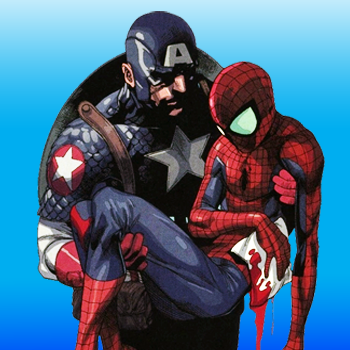 Sony Pictures’ two biggest headaches (the hacking of its films and private documents and the ongoing disaster of its crumbling Spider-Man franchise) collided yesterday evening as still more hacked emails revealed that the financially-troubled studio failed to close a deal to share the franchise with Marvel Studios – a move which many industry analysts have long believed is the only hope of salvaging the series.

The deal, which could have seen Spider-Man appear as part of the blockbuster sequel Captain America: Civil War and given the Marvel brain-trust creative influence over the infamously-scattershot Amazing Spider-Man reboot series (even its star doesn’t like them,) which will now instead by hashed-out at a high-level “Spider-Man Summit” among filmmakers and studio executives in January.

According to the Hollywood rumor-mongers at Latino Review (who also claim that the head-scratching Aunt May prequel wasn’t a fake, after all), claims that that Summit may end up being an occasion for Sony’s Japanese parent company to put it’s foot down: According to LR’s scooper, Sony Japan is both furious about the hack (and doesn’t like how the Spider-Man movies have turned out), and may force the studio to both take Marvel’s crossover deal and give up (to Marvel) their creative control over the main Spider-Man movies – which was supposedly the sticking-point that broke down the initial talks.

If correct, these maneuvers could well see Spider-Man finally coming home to the Marvel Cinematic Universe – though it’s now unclear whether or not time remains for the character to take part in upcoming crossovers like Civil War.

Saruman Demands that You Listen to His Heavy Metal Christmas Carol