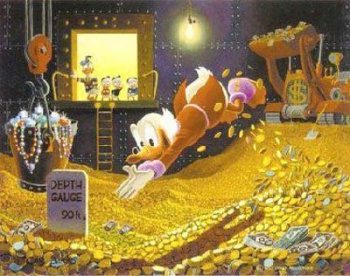 Rumor has it that PlayStation Vita games downloaded from PSN will be 40% cheaper than their store-bought counterparts, which may explain the utterly mental memory card pricing structure.

According to Thrifty Nerd, the planned pricing structure was revealed by an unnamed Sony rep at a recent Vita event. According to the rep, Vita games will be capped at $39.99 at retail, and will cost around $23 on PSN. A similar, but less significant, discount for digital downloads has already been confirmed for the Japanese market.

While it’s great to see digital game pricing lowered to reflect the reduced distribution and packaging overheads – not to mention the fact that digital games cannot be traded in – it does seem like Sony is increasing memory card pricing to offset the lowered prices. Assuming you purchase the 32GB Vita memory card, which weighs in at a whopping $120, you’d have to buy eight digital games at the discounted price to make up for the card’s cost.

Both Sony and Microsoft have been offering digital downloads of retail games for nearly two years now, and both companies have been criticized pricing digital games well above their street value. If this rumor is true, it marks Sony’s first real attempt at pulling customers away from brick-and-mortar stores. In essence: they’d be poking Gamestop with a stick to see what happens.