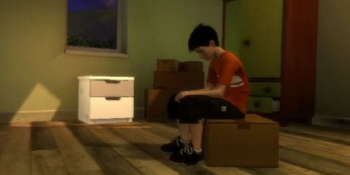 Sources suggest that Peter Molyneux’s virtual boy might have been mothballed.

According to a source close to Lionhead, the ambitious Project Milo, which supposedly allowed players to interact with an AI driven virtual boy via Kinect, has been cancelled and 19 contractors have been let go. The source suggests that the remaining members of the Milo team have been put to work on a Fable themed Kinect game that will use some of the Milo technology.

So far, Microsoft and Lionhead have declined to comment on the rumor, although it’s not exactly a secret that there has been some internal confusion at Microsoft over what Milo actually was. At E3, Microsoft’s Aaron Greenberg commented that Milo was just a tech demo and didn’t represent a commercial product. He later clarified that statement, saying that it was a commercial product, just not one Microsoft intended to bring to market this year.

Molyneux also demonstrated Milo at his recent TED talk in Oxford, UK, describing the game as a mixture of psychological tricks and cloud-based artificial intelligence. He added that there weren’t any current plans to release Milo. Molyneux has said in the past however, that he sometimes has difficulty in convincing people that his ideas will work before they’re fully realized. If the rumors turn out to be true, it would seem likely that this is one of those situations.