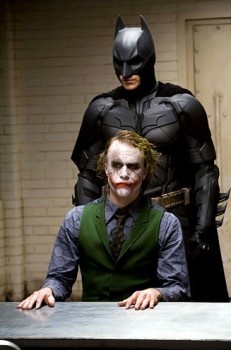 Kotaku Australia has an “insider” report about how the Dark Knight videogame being developed by Pandemic’s Brisbane studio quickly went from a hotly-anticipated project to a white elephant that ultimately helped bring about the downfall of the developer.

It’s a truism among gamers that videogames based on movies suck. But the Dark Knight had the potential to shatter that sad legacy of failure; Pandemic is a respected developer, and over the course of 2008 Electronic Arts had shown a new level of commitment to publishing innovative, quality games. The Dark Knight itself was a much more fertile ground for game adaptation than most, being far and away the finest on-screen rendition of the Batman ever seen. And it’s the goddamn Batman! How can you screw that up?

To begin with, you sign a deal that puts you on an incredibly tight deadline: In this case, EA had the rights to the Batman IP for only 18 months. Pandemic leapt into the job with both feet, apparently confident that the value of the property meant EA would do whatever was necessary – ie., spend as much money as needed – to get the job done. But it wasn’t until “several months” after the Brisbane studio began pre-production that the development team was informed that the Batman game was actually a movie tie-in and had to be based on The Dark Knight, a fact which not only rendered the efforts to that point worthless but imposed an even tighter release deadline, as it was decided the game and movie would be released simultaneously.

Experience and technology then became an issue: The decision was made to create an open-world game, even though none of the senior team members had ever worked on such a game, and the Saboteur engine in use at Pandemic’s Los Angeles facility was chosen to power it. But the Saboteur technology was designed for an entirely different kind of game and quickly proved unsuitable for open-world development. Nonetheless, the developers pushed on, modifying and upgrading it as they went, but this just made things worse: The addition of an HDR lighting “solution,” for instance, took seven months to implement and never worked properly, typically running at around five frames per second and crashing the development hardware within minutes of loading.

The design team was facing similar issues. Level design tools weren’t available until six months into development, and management was apparently making decisions “above the Lead Designer” which often had to be reversed once the design tools became available. Pandemic brought more and more people into the project, primarily through private contractors, but ultimately it became clear that launching in conjunction with the movie would be impossible. At that point, the deadline was shifted to December for a launch in concert with the DVD release, a date carved in stone because that was also the time at which EA’s rights to the property would expire.

But by September, when the game was supposed to go into alpha testing, it was still in desperately bad shape, and even the December deadline was obviously unattainable. At that point, the project was canned completely; roughly 20 people were let go in the immediate aftermath, and the Brisbane operation suddenly became expendable. When EA announced deep personnel cuts in December 2008, Pandemic was an easy choice.

UK Ministry Of Defence Gets A Virus