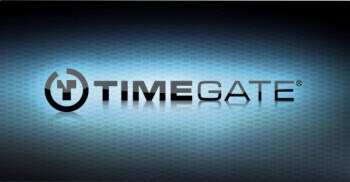 A court has declared that TimeGate Studios of Section 8 and Colonial Marines fame owes a lot of money to SouthPeak Interactive.

Before it became famous as the studio that may or may not have been responsible for some or most of the gong show that was Aliens: Colonial Marines, TimeGate Studios was best known to gamers for the 2009 shooter Section 8 and its 2011 followup Section 8: Prejudice. Unfortunately, Section 8 led to a legal beef between TimeGate and publisher SouthPeak Interactive; TimeGate sued SouthPeak over withheld royalties, unauthorized licensing deals and other issues, leading SouthPeak to file a countersuit claiming that TimeGate hadn’t invested enough of its own money into the game.

Both sides ultimately agreed to binding arbitration, which went badly for TimeGate: the arbitrator ruled that SouthPeak was owed $7.35 million in compensatory damages and, if that wasn’t bad enough, also gave it all rights to the Section 8 property.

The ruling was overturned on appeal to the U.S. District Court for the Southern District of Texas, but on April 9 the U.S. Court of Appeals for the Fifth Circuit reversed that decision and reinstated the award. That’s bad news for TimeGate, which hasn’t had the sort of major commercial success that might allow it to absorb such a blow; a source told Polygon that staff at the studio met on Tuesday to discuss the future of the company.

It may be possible for TimeGate to appeal the ruling further but at this point it has to be looking like faint hope. Its new project, Minimum, was announced earlier this month, but its future – and, unfortunately, the future of the studio as a whole – may now be in serious doubt.

The ruling against TimeGate Studios can be read in full here.