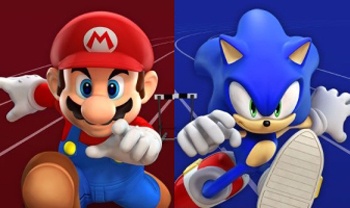 Though non-gamers dig the Wii, Sega’s Darren Williams feels it’s quickly becoming “the most expensive board game on earth.”

The Wii may have attracted new audiences to gaming, but Sega believes it’s getting harder to make games stick on the console. Speaking recently to GI.biz, Williams, Sega A&R’s head of content, had plenty to say about the Wii and the hurdles the game industry is facing in the coming year.

Williams doesn’t deny Nintendo’s console is dominating the market – he noted Sega had great success with Mario & Sonic at the Olympic Games – yet he said the Wii market is confusing. Official statistics place the average age of Wii ownership at a lot higher than it likely is, he said. According to Williams, the industry is looking to the Xbox 360 and PS3 to broaden their appeal.

“I think on one hand the Wii has become the most expensive board game on Earth,” he said. “It’s the kind of thing that families will play at Christmas, and probably won’t play again throughout the remainder of the year.”

Sega is backing software on the Wii with titles it hopes will appeal to slightly older gamers who get pangs of nostalgia over classic properties. He said the market exists and needs to be served, but it’s risky. Much of the Nintendo’s console’s success is due to the physical experience it provides, according to Williams. “The Wii is great fun because it’s a very physical machine,” he said. “Any game that doesn’t take advantage of the Wii’s input methodology tends to be a little bit sneered upon.”