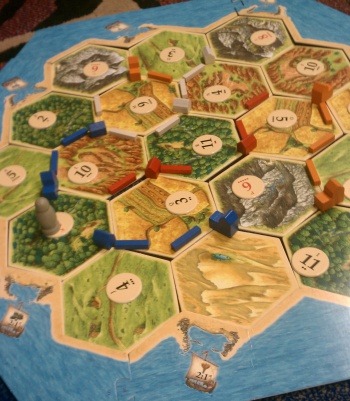 Since its initial release in Germany in 1995, The Settlers of Catan has sold over 18 million copies worldwide. Last year, over 750,000 Catan-related products were sold by its English-language publisher.

The Settlers of Catan, the game some refer to as the Monopoly of our time, has attained unexpected levels of success since it was first published in Germany in 1995. Then known as Die Siedler von Catan, the game has since gone on to sell more than 18 million copies worldwide.

Speaking with the New Yorker, creator Klaus Teuber expressed his surprise at how popular the game has become. “I never expected it would be so successful,” he said. Die Siedler von Catan is available in over thirty languages, and last year, its English-language publisher, Mayfair Games, reported selling over 750,000 Catan-related products. CEO of Mayfair Games Pete Fenlon said, “Our volume of sales will be such that, over time, Catan could, in terms of gross revenue, be the biggest game brand in the world.”

The Settlers of Catan sold very well in Germany after it was released, but sales flattened after the first few years. In the United States, it grew from a niche crowd of college gamers and eventually spread to Silicon Valley, where it has been played by the likes of Facebook CEO Mark Zuckerberg, Mozilla CEO John Lilly, and Zynga CEO Mark Pincus. The game has since made appearances on “The Big Bang Theory” and “Park and Recreation.”