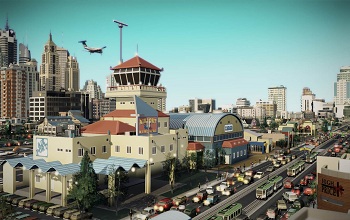 Maxis and EA have found a fix to problems previously preventing gamers from installing the Mac version of SimCity.

Yesterday, gamers trying to install and play the new Mac version of SimCity began reporting problems preventing them from doing both. Given the game’s turbulent release on PC, there was some understandable concern that the problems of the past would be repeated for Mac users in the present.

Thankfully, a day later, some of the biggest problems seem to have been fixed. Namely, Maxis was able to correct the installation errors many players were struggling with. “We are pleased to advise that the installation-related issues some players experienced with SimCity on Mac have been resolved,” said Maxis in a statement. Even with that solved however, there are still others suffering from gameplay and screen resolution problems. These players are currently being directed to the EA forums for tech support.

While it’s good news that the Mac version is now installing properly, we can’t help but wonder why this was an issue to begin with. We understand, of course, that sometimes bugs and problems manage to slip through a company’s quality assurance testing. That said, these issues were substantial in nature and occurred in a game that had already suffered through some catastrophic problems during its original launch on PC. Put shortly, EA and Maxis probably should’ve made sure things were working perfectly before the Mac version launched, if only to save face after the last fiasco.

Square Enix Gives Behind the Scenes of Lightning Returns