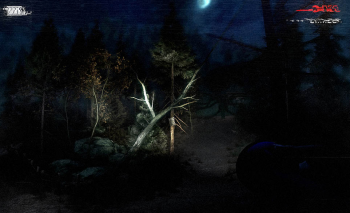 If you’re a horror fan, Slender probably gave you nightmares a short while ago. If you managed to escape the Slender Man last time around, be warned: Parsec Productions and Blue Isle Studios have teamed up to bring Slender: The Arrival out as a commercial release.

This is an “official re-imagining” of the original, according to Blue Isle. It will have more content, more levels, improved visuals and a few other tweaks, but Blue Isle says it retains the “same terrifying gameplay.” So don’t expect to have your flashlight replaced with a flamethrower; you’ll still be a poor unfortunate trying to avoid the sinister Slender Man.

As to what else the game may offer, Blue Isle isn’t providing any hints … not yet anyway, though Blue Isle would encourage you to pay attention to their website for further updates. This will be a PC title, but exactly how much, or when, is a mystery. “In the coming months” is as much of a release date as Blue Isle is willing to give at this point.