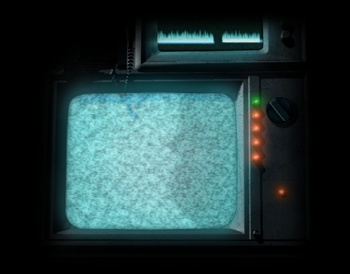 Someone sent The Escapist a strange package containing a USB drive and a mystery.

You need look no further than our obsession with Professor Layton to know that we here at The Escapist love a good puzzle, so we were delightfully intrigued by the parcel with no return address that showed up this morning. It wasn’t ticking, so clearly it hadn’t come from one of you. We figured it was therefore safe to open and discovered that it contained a single item: a USB drive with a text file and an MP3.

The ReadMe document contained the following words: Cryptography, Isotope, Philanthropy, Hydrogen, Ember, Rebirth. It didn’t take us long to realize that taking the first letter of each word spelled out “CIPHER,” especially since whoever sent the package was nice enough to stack the words on top of each other.

The MP3 was more curious. It began with a man saying “What we wish, we readily believe, and what we ourselves think, we imagine,” a quote from Julius Caesar, and led into a woman reading off a series of seemingly random letters:

I’ll admit, this one had me stumped for a while, until I just threw everything I had into Google and hoped. What popped out was the Caesar Cipher, which works by shifting letters along the alphabet. It seemed obvious that the string of letters in the MP3 were a cryptogram of some sort, but what was throwing me was that triple-z. No word in the world has three letters in a row, so what could it be?

Just look up at the address bar in your browser and you’ll figure it out.

Using that as the starting point, it was easy to figure out the rest of the web address: www.gknova6.com/. Once there, however, I wasn’t given an answer, just an image of a TV set, more letters, and a quote from Francis Bacon.

At this point, I did what any annoyed puzzle-solver would do: I cheated and looked up the answer.

Joystiq did the legwork on the second half of the puzzle, which involves yet another cipher (the Bacon Cipher, as it turns out), and discovered that this entire production yields but three words: APRIL WEEK TWO.

So we’ll get some kind of announcement about something this week (or next, depending on if the message refers to full weeks or not) and given the package’s Maryland postmark, I’m guessing it’ll be about Fallout New Vegas, but perhaps I’m wrong. According to MovieViral, “high profile” Call of Duty fans got the package, as well, so perhaps this is all about some new first person shooter. (Which, ok, you could qualify Fallout as, but still.) MovieViral has plenty of other speculation, but I want to hear what you think.

Go to the website, put on your thinking and/or deer stalker cap, and give me your best guess as to what all this fuss is about.

Sony Gives up on ‘Arrogant’ Ads