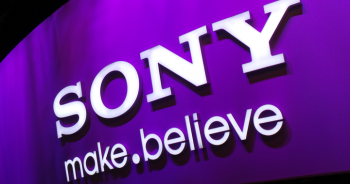 Sony CEO Kaz Hirai along with other Sony executives will reportedly take a massive pay cut and withhold from getting their bonuses due to the company posting its fourth annual loss in five years.

While the PlayStation 4 might be selling like hotcakes, that hasn’t been enough for Sony to turn things around as the company revealed that it expects to post a $1.27 billion loss for the 2013 fiscal year. This is a stark contrast to Sony’s earlier prediction of turning a $489 million profit it expected to earn in 2013. According to the Wall Street Journal, with the company posting an annual loss for the fourth time in five years, ex-PlayStation boss and now Sony CEO Kaz Hirai is preparing to take a massive 50% pay cut while also declining his annual bonus. Not only that, but as a sign of solidarity, other unnamed high-level Sony executives will also follow suit.

Sony’s losses are mostly accounted to the firm’s unprofitable PC division which is in the process of being sold off. The WSJ report also mentions that Sony’s other divisions such as the 4K TV line, and resurrection of its Walkman digital music player have also struggled to turn a profit. Over on the video game front, the company’s PlayStation brand is performing very well. But even with the PS4’s impressive sales figures and projections of selling 20 million PlayStation devices in the 2014 fiscal year, the PlayStation brand is still trailing behind where it was six years ago prior by 45% in terms of total hardware units sold.

Interesting to note that Hirai’s pay reduction move is similar to Iwata’s pay cut earlier in the year due to the Wii U’s failings. While it’s sad to see the electronics giant struggling, it’s refreshing to hear that its president and other executives are willing to take a significant pay cut rather than letting most of its lower-level staff take the fall.

What should Sony do to turn a profit once more? In your opinion, aside from its PC division, what other branches of the firm should be cut to save money?