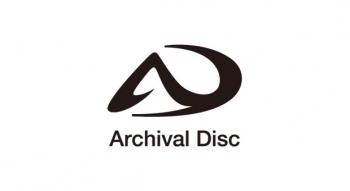 Sony and Panasonic have formulated the “Archival Disc,” a new standard for long-term storage using optical discs, that can hold 300GB up to 1TB of data and is set for release in summer 2015.

We first reported on it in July last year that Sony and Panasonic were developing high capacity discs that could offer more data space than the Blu-ray’s current 100GB limit; now, Sony has announced that it’s collaboration with Panasonic has “formulated” what it calls the “Archival Disc,” a next-generation optical disc that can reportedly hold up to 300GB initially, with plans to further expand the recording capacity up to 1TB.

Part of the press release can be read below, and it even mentions “inter-generational compatibility between different formats, ensuring that data can continue to be read even as formats evolve,” which sounds fantastic, if it actually works that way.

Optical discs have excellent properties to protect themselves against the environment, such as dust-resistance and water-resistance, and can also withstand changes in temperature and humidity when stored. They also allow inter-generational compatibility between different formats, ensuring that data can continue to be read even as formats evolve. This makes them robust media for long-term storage of content. Recognizing that optical discs will need to accommodate much larger volumes of storage going forward, particularly given the anticipated future growth in the archive market, Sony and Panasonic have been engaged in the joint development of a standard for professional-use next-generation optical discs.

The product roadmap for the Archival Disc states both Sony and Panasonic are aiming to launch the 300GB disc in summer 2015, with the 500GB and 1TB discs being the long-term goal.

According to Sony, “In recent times, demand for archival capabilities has increased significantly in the film industry, as well as in cloud data centers that handle big data, where advances in network services have caused data volumes to soar,” and adds both companies plan to actively promote this new high-capacity disc standard as an “effective solution for protecting valuable data in the future.”

You can check out the Archival Disc’s specifications below.

So, there you go, tech fans. We might soon be doing away with Blu-rays and their paltry 100GB caps to make way for Archival Discs very, very soon. Does this mean the PlayStation 5 will use the new disc format? I wouldn’t be surprised if it did, given how today’s next-gen games data are ballooning.

Origin May Ban Early Titanfall Players After All