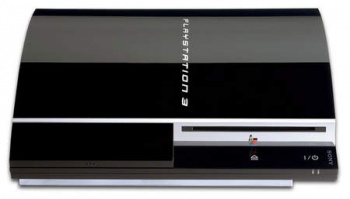 The “invention” would tie a game purchase to your user account or the machine ID.

Used game sales are a bit of an issue. Sure, buying a used game cheap at GameStop is great for the consumer, but developers and publishers complain at how they see absolutely no revenue from that sale, thereby preventing game-makers from taking risks on new IP, etc. There’s no legal way to restrict someone from reselling their property, but that hasn’t stopped Sony from coming up with a dastardly plan anyway. The patent – filed on September 12, 2012 but only made publicly available this morning – outlines a system in which RF tags on game discs interact with the console, allowing only one owner to access the game. Sony hasn’t commented whether this new system will make it into the PS4, but the technology exists if the company chooses to use it.

The language of the patent application is pretty dense, but one section clearly states its purpose. “Recent years have seen widespread use of terminal apparatuses [game consoles], each provided with a drive for reading data from a recording medium, which processes electronic content stored in the recording media,” reads the application before continuing:

The invention would accomplish the task of restricting the used game sales Sony doesn’t want to see. How will it work? “The disk drive reads out a disk ID from the game disk. When the game is to be played, the reproduction device conveys the disk ID and a player ID to the use permission tag,” reads the application. “The use permission tag stores the terms of use of the game and determines whether a combination of the disk ID and the player ID conveyed from the reproduction device fulfills the terms of use or not.”

In English: the “use permission tag” will determine whether or not the right combination of “disk ID” – read “your game” – matches the player ID – “your account or console” – before allowing you to play the game.

Now, there’s a couple things you must realize about this patent before you start shouting. First, Sony hasn’t stated whether they will use this technology in the new PS4 console – this is just a patent application to protect them in case someone else came up with the same idea. Sony has possessed similarly DRM technology as far back as the year 2006, but has yet to use it.

Second, even if this kind of DRM was implemented, there’s language in the patent which suggests you’ll be able to do things like take your game over to your friend’s house to play it. “A temporary use is permitted to the reproduction device, which does not have the legitimate right of usage, on the condition that the number of temporary uses is within a predetermined maximum allowable number (e.g., five times),” reads the application. Because the DRM is software, the restriction could be limited to the number of hours played – not just the number of times the game was activated – and that it can be reset once you have a legitimate access permitted.

I personally don’t think Sony will ever go forward with this DRM plan for their new console – it would just piss off too many players – but the company obviously feels strongly enough about restricting used game sales to fund this kind of R&D. We’ll be watching any announcements of Sony’s PS4 closely to see if the DRM is mentioned in the EULA and grill Sony executives about their plans for used game sales in the future.