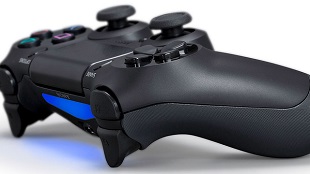 Sony was thinking about virtual reality long before the release of the PlayStation 4.

Project Morpheus took us all a bit by surprise — not its existence, mind you, but how far along the hardware is.

But recent comments by Sony reveal that VR has been on the PlayStation maker’s brain for much longer than any of us may have thought.

While chatting with TechRadar, SCEE Senior Designer Jed Ashforth said the lightbar on the PS4 controller was specifically included at the request of the VR engineering team.

“The tracking light… it was our department that said we need that on,” said Ashforth. “It was for tracking for VR…and when all these things were coming out six months ago and everyone was going ‘it’s reflecting in my TV,’ we were going ‘oh no’ because we couldn’t tell anyone what it was for.”

Sure, the lightbar works with the PS4’s camera in a non-VR environment, but the grand VR scheme for Sony is starting to take shape now.

Then again, I still think the lightbar was designed to keep the monsters under your bed away while you game in the dark, but that’s just me.