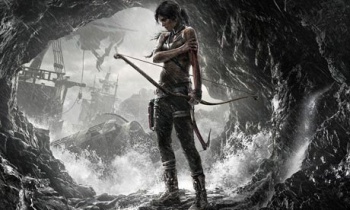 Sleeping Dogs, Hitman: Absolution and Tomb Raider all sold much worse than Square Enix expected, which may lead to the cancellation of future titles in these series.

Square Enix expected Sleeping Dogs to sell between 2 and 2.5 million units in the European and North American markets, based on its content, genre, and metacritic score. Hitman: Absolution was expected to sell between 4.5 and 5 million, and Tomb Raider between 5 and 6 million. The games sold 1.75 million, 3.6 million and 3.4 million respectively, falling quite short of their initial expectations. The result of this is the company incurring an extraordinary loss in an “effort to sort out items not achieving expected revenue levels, through scrapping those items and terminating production”.

Former Square Enix president Yoichi Wada spoke about how almost 10 billion yen (around 100 million USD) was lost restructuring the company worldwide. 2 billion yen was lost when certain productions were halted and had work scrapped in Square Enix’s Japanese studios, while a new studio focused on smartphone games in the US was closed down completely, at a cost of around 1 billion yen.

“Of course, we want to hedge risk in budgeting these units directly into the forecast, therefore we base the forecast on 80-90% of the total sales potential of each title. However, it is disappointing that our results fell below these marks.”

3.5 billion yen is expected to be lost from “Loss on Evaluation of Content,” where Square will make some revisions to their prospective yields for every game title and overhaul their business models. Wada says an additional 2 billion yen will be spent on general restructuring efforts worldwide.

There is some good news though, as Wada says that the company’s social games are showing “solid performance.” He expects net sales from Square’s Social Gaming and Others category to reach 20 billion yen in fiscal year 2013. As is the Japanese way, Wada will be stepping down as Square’s president to take responsibility for the company’s losses. Yosuke Matsuda will be replacing him as Square Enix’s new president.