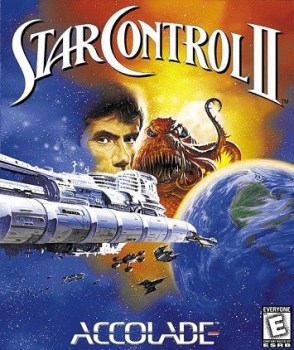 Stardock says it hopes to involve as many original Star Control designers and developers as it can in an XCom-style reboot.

The collapse and dismemberment of Atari is a sad spectacle to behold (at least for those of us who remember a time when the name actually meant something) but there’s one bit of good news to come out of it: Stardock Entertainment, the studio behind Fallen Enchantress and Sins of a Solar Empire, has successfully bid for the Star Control property, and it’s planning a reboot of the franchise.

“We’re very excited to publish a new Star Control game. We are inclined to go with an XCom-like reboot using Star Control 2 as a major source of inspiration,” Stardock CEO Brad Wardell told Joystiq. “By rebooting the series á la XCom, we can bring a new generation of gamers into a fun, silly space adventure. We hope to involve as many of the original designers and developers of the series, along with the fan base. It’s important to us that Star Control remain true to its origins as much as is possible.”

Star Control, a sci-fi strategy/exploration/combat game, was originally released for MS-DOS and Amiga systems back in 1990, but Star Control 2, which added new species, ship types, an actual plot and other gameplay elements, is the one that generally comes to mind when the name comes up. Players must form an alliance of alien races, assemble a fleet and ultimately throw off the yoke of the Ur-Quan, and while other games followed, Star Control 2 is the one that’s best-remembered.

There’s obviously a lot of ground between “we bought it” and “we made it,” but Stardock is the right kind of studio for a game like Star Control and the fact that it wants to bring original developers back to it speaks well of its intentions. As bankruptcy auctions and IP acquisitions go, this is very exciting news indeed.