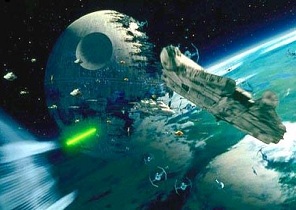 Disney and Lucasfilm have registered a slew of domain names presumably to protect the yet to be announced Attack Squadrons project.

In case you hadn’t had enough Star Wars news, what with John Williams, Rebels, and practical effects all coming into the spotlight, we’re here to give you yet another story related to the franchise. It’s been discovered that Disney and LucasFilm have registered a score of internet domains that could point to a new and unannounced Star Wars project. One that might be of particular interest to gamers.

The domains in question would seem to be a slew of different variations on the title Star Wars Attack Squadrons. For instance, the sites registered include domain names such as StarWarsAttackSquadrons.com, SWAttackSquadrons.com and AttackSquadrons.com. The full is list is a deeply thorough smorgasbord of alternative spellings and abbreviations that pretty well cover all of Attack Squadron’s bases. In other words, if you had your heart set on extorting Disney by snatching up the rights to SWattacksquadron.org, you’re out of luck.

Where things get interesting for gamers is in Attack Squadron’s possible crossover with domain names registered by Electronic Arts. The game publisher, which signed a multi-year deal in May granting it exclusive rights to the Star Wars license, also happens to hold the rights to AttackSquadron.com and AttackSquadron.net. Granted, EA has had these domain names registered for several years, but it’s still interesting that the film studio would go to such trouble to protect a title similar to one that EA controls as well. That said, with no confirmation from Lucasfilm and the increasingly broad proliferation of Star Wars across entertainment mediums to consider, it’s anyone’s guess as to what Attack Squadrons may be.