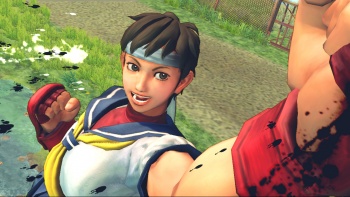 Super Street Fighter 2 Turbo HD Remix. You may wonder what that game has to do with anything, but I invoke its lengthy title to remind one and all that when you’re talking about Street Fighter, sequel has many shades of meaning.

With that out of the way, posts on the official Japanese Street Fighter blog suggest that SFIV might be getting an update of some sort. For the second week running, writer Natsuki Shiozawa has made vague statements about a ‘sequel’ to Street Fighter IV, promising that a more concrete announcement would be made in the near future.

It’s unlikely that this means we should be getting ready for Street Fighter V just yet, but if Capcom does what it normally does with the series, the update will be a tweaked version of SFIV with some extra playable characters. We already know that there are already two characters waiting in the wings and there’s plenty of others in the Street Fighter canon that fans would love to see.

It’s all just rumor of course, but it seems odd that it would get mentioned two weeks in a row if there was nothing to it. If this does turn out to be genuine, the big question will be how this update will be released. Previous Street Fighter updates have had full retail releases, but considering that downloadable content is no commonplace, asking gamers to buy the whole game again might be a hard sell.