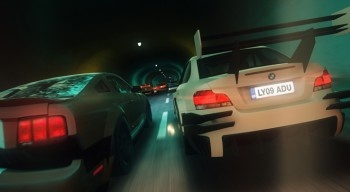 Bizarre Creations sunk a lot of money and effort into Blur but the racing game failed to “find a commercial audience.”

Activision had high hopes for Bizarre Creations to forge a new driving game IP, but the game released by the Liverpool, England-based studio on May 25th last year didn’t exactly finish with a checkered flag. According to numbers from NPD, Blur sold 31k copies the first week that it was out and sales tapered off after that. Executives from Activision, who own Bizarre Creations, placed the game studio on the auction block three months ago but despite reports that there were many interested parties, a buyer was not found. Coddy Johnson, chief operating officer of Activision Worldwide Studios, said today that he recommends the studio closes its doors, putting around 200 people out of a job.

“I want to be clear, our first choice was to try and keep this group together and find a buyer for the studio,” Johnson said. “This decision comes after a few months of exhausted examination of a number of different options across the board.”

Johnson said that he “explored a lot of leads – pretty much anyone you can imagine in the industry. But unfortunately, so far we’ve not been able to find any interested parties. So we’ve made, as a last resort, a recommendation to the team for closure.”

Activision doesn’t want to be the bad guy here, so Johnson pledged to help the staff of Bizarre Creations find work elsewhere. “We, of course, care about this team. We’re offering the studio as many resources as possible, including counselling, external placement services and external career fairs.”

I’m not sure what the options are here for Bizarre Creations or if they can refuse Activision’s suggestion to close the studio. If the studio does end up closing, The Escapist wishes that all of its employees can find work soon.

It’s never a good day to lose your job.