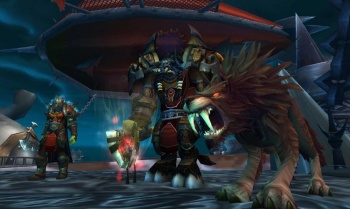 It’s not the chicken and the egg after all: study shows that playing games “pathologically” leads to feeling bad and not the other way around.

A study conducted by Iowa State University psychologist Douglas A. Gentile suggests that kids that are addicted to games, called “pathological” by the study, are more prone to disorders such as depression. A sample of 3,034 kids aged 8 to 13 from the island nation of Singapore were asked survey questions every year from 2007 to 2009. Gentile’s team surmised a link between game-playing and depression and his paper establishing that progression will appear in an upcoming issue of the psych journal Pediatrics.

“What we’ve known from other studies is that videogaming addiction looks similar to other addictions. But what wasn’t clear was what comes before what. Gaming might be a secondary problem. It might be that kids who are socially awkward, who aren’t doing well in school, get depressed and then lose themselves into games. We haven’t really known if gaming is important by itself, or what puts kids at risk for becoming addicted,” said Gentile.

Unfortunately for us gamers, the results of the study point to pathological gaming as increasing the chances of psychological disorders. “We found that in kids who started gaming pathologically, depression and anxiety got worse. And, when they stopped gaming, the depression lifted. It may be that these disorders [co-exist], but games seem to make the problem worse.”

The important distinction of this study is that “the gaming precedes the depression. We don’t know if it’s truly causal, but gaming has an effect on its own, and you can’t just ignore gaming and treat depression,” he said.

Thankfully, Gentile was quick to point out that playing a lot of games doesn’t necessarily equate to depression, but that other indicators might point to a problem. “A lot of videogaming isn’t the same as an addiction. Some kids can play a lot without having an effect on their lives. It’s when you see other areas of your child’s life suffer that it may be addiction. Parents might notice that a child doesn’t have the same friends any more, or that he’s just sitting in his room playing video games all the time. Or, there might be a drop in school performance,” he said.

What do you guys think? Have you noticed increased feelings of depression or anxiety when you play a lot of games? Could these be linked?