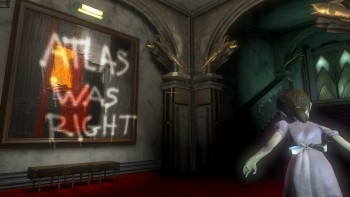 Take-Two Interactive has denied reports that it intends to lay off up to 20 percent of its workforce in an effort to restructure and improve its financial standing, saying that cuts are being made but only at the corporate level.

It was reported earlier today that Take-Two was planning to eliminate as many as 400 employees from its publishing and studio operations as part of an effort to restructure its ailing finances. The company revealed in December 2009 that its revenues for the fiscal year had plunged 37 percent to $968.5 million, resulting in a net loss of $137.9 million for the year. Take-Two share prices, meanwhile, continue to hover in single-digit territory, far below the $25.74 per share offered by EA in a 2008 acquisition attempt.

Take-Two denied those reports in a statement, however, saying it does not intend to make reductions at the studio level and that reports to the contrary were “erroneous.”

“As part of Take-Two’s stated goal to maximize the efficiency of our business, we initiated a targeted restructuring of our corporate departments only in order to better align our resources with our current goals. Some of these changes were associated with the pending sale of our Jack of All Games distribution business,” the company said. “To be clear, there were no reductions made at the studio level.”

Regardless of where the cuts are taking place, it’s worth noting that they’re coming soon after activist investor Carl Icahn increased his stake in the company to slightly over 12 percent. In mid-January Icahn had three current members of the Take-Two Board of Directors replaced with his own people and last week he picked up another million shares, fueling speculation that he wants to force a sale of the company.