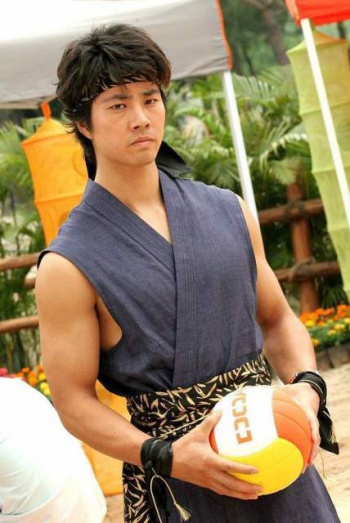 Set as a prequel to 2010’s live-action Tekken film, Kane Kosugi will star as “X” in Tekken: A Man Called X.

Remember 2010’s live-action Tekken movie? If not, I don’t blame you, as the film adaptation for the fighting game wasn’t well received by both critics and fans alike. Regardless of what you think, it seems that hasn’t deterred Namco from pursuing yet another live-action Tekken film. In an announcement on Kane Kosugi’s official site, the actor has revealed that he has landed the starring role in the prequel and it will be called, Tekken: A Man Called X, with Kosugi playing the titular role.

First announced back in 2012, the prequel originally had the working title of Tekken: Rise of the Tournament, and reportedly had Prachya Pinkaew (Ong-Bak) set to direct. While this is the same prequel that was announced, it’s still unknown whether Pinkaew is still attached to helm A Man Called X.

Kane Kosugi shot to prominence with the 2002 flick, Muscle Heat, but North American audiences might known him better as the son of actor Sho Kosugi who starred in films such as Revenge of the Ninja and most recently, as the lead villain in the Wachowski’s 2009 film, Ninja Assassin.

Tekken: A Man Called X will be Kosugi’s first lead role in a Hollywood production, but the actor is no stranger to film adaptation of games, with Kosugi playing the role of Ryu Hayabusa in Tecmo’s 2006 live-action film adaptation of Dead or Alive.

Lionsgate and Crystal Sky Pictures are teaming up to produce the film, with production set to start later this month for a 2014 release.