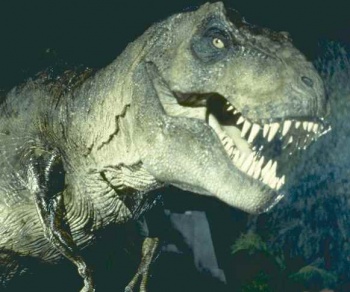 A new feature in Game Informer has revealed that Jurassic Park only landed at Telltale Games because Universal didn’t want another first-person shooter in the franchise. Still, Telltale Games’ proven adventure game process doesn’t exactly seem like a perfect fit for the suspenseful Jurassic Park either. Telltale realizes this, and is going above and beyond to develop something new for Jurassic Park: Episode 1.

Telltale’s Jurassic Park will still feel like a Telltale adventure game, but with a bit more spice. Telltale has studied the films and believes that Jurassic Park must feature both slower-paced character building with the tense and terrifying experience of a dinosaur jumping out of a bush. To do so, Telltale is taking inspiration from Heavy Rain.

Jurassic Park‘s gameplay is still being crafted, but executive director Kevin Boyle says players will experience moments where they must investigate or explore, which will be followed by tense portions that leave players scrambling and possibly performing Heavy Rain style inputs. Also similar to Heavy Rain, players will have some aspect of choice that will change Jurassic Park‘s story, though the system Telltale is implementing isn’t nearly as open-ended.

Jurassic Park will technically be a sequel to the very first film, and will cover various unanswered plot points such as the missing can of dinosaur embryos that Newman lost after getting eaten. Part of the game will take place during the film, but from a different viewpoint. The exact role of the player hasn’t been revealed yet, though players will encounter some familiar faces in addition to mercenaries and smugglers, and a new glowing-eyed nocturnal dinosaur threat.

Telltale’s take on Jurassic Park doesn’t have a release date yet, but is planned for a five episode series on PC and Mac.