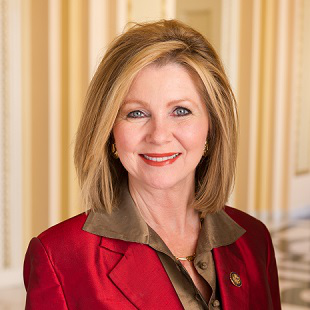 Cable companies rule the broadband access landscape, each with its own territory in any given area. Overlap is minimal, and that which does exist is getting harder and harder to find. Any competition that does crop up is limited, and has yet to achieve traction on a nationwide level.

The possible light at the end of the tunnel? Municipal broadband, or Internet connectivity infrastructure provided by the local government.

So why is Congresswoman Marsha Blackburn (R-TN) trying to burn muni broadband to the ground? Rep. Blackburn is leading a charge against such broadband infrastructure, and framing her contempt for government involvement as a states’ rights issue.

As Ars Technica points out, some states are starting to adopt laws that make municipal broadband implementation very difficult, and the expansion of existing such networks equally painful. Why should the likes of Comcast and Time Warner Cable, who have such painless and quality customer service, have to compete with Anytown, USA?

When a locally-owned Tennessee electric utility said it file a petition with the FCC protesting The Volunteer State’s new anti-muni broadband law — and the FCC has stated that it could and would strike down anti-muni broadband laws in the past — Blackburn came to the rescue, telling the Washington Fat Cats to take a hike (emphasis added).

“We don’t need unelected federal agency bureaucrats in Washington telling our states what they can and can’t do with respect to protecting their limited taxpayer dollars and private enterprises,” said Rep. Blackburn during a recent Congress session. “As a former state senator from Tennessee, I strongly believe in states’ rights. I found it deeply troubling that FCC Chairman Tom Wheeler has repeatedly stated that he intends to preempt states’ rights when it comes to the role of state policy over municipal broadband.”

Here’s the rub, folks: The FCC isn’t forcing municipal broadband on anyone. Not you, and not me. What they are trying to do — while keeping their foot firmly planted in their mouth on the subject of net neutrality — is keep the option open to any locally-owned utility or local government who wants to explore the concept.

Could a fierce defense of state rights be at the heart of Blackburn’s protest? Sure, but it could also have just as much to do with her campaign contributions. Two of Rep. Blackburns top contributors in 2012 and 2014? Verizon Communications, and the National Cable & Telecommunications Association. While the bulk of her campaign contributions come from individuals, she’s raised over $190,000 from “TV/Movie/Music” companies in this election cycle, and the 2012 cycle.

Rep. Blackburn seems set on stopping the FCC from infringing on states rights, even if that means stifling the rights of towns, cities, and counties all across her own state.