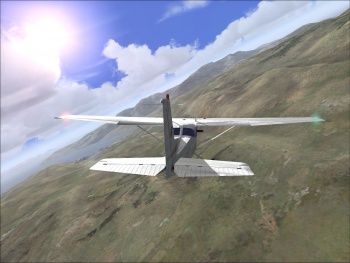 The future of Microsoft’s decades-old Flight Simulator series is uncertain after reports that the entirety of the Fight Simulator staff has been laid off.

Flight Simulator was one of the first games I ever played. All I remember is thinking “cool, planes” and then being really, really, really confused. Though I doubt I’ll ever earn my pilot’s wings in Flight Simulator, I’ve always admired the series and its passionate community of hobbyists. I have respect for my elders, and Flight Simulator is older than me: having been in continual development since 1982, it’s technically Microsoft’s oldest product for the PC and likely the longest-running franchise in the games industry as a whole.

Which makes it all the more bizarre to think that Flight Simulator may be no more after reports that Microsoft has laid off a good portion of the staff ACES, the studio responsible for the series, including the entirety of the Flight Simulator team. “Hundreds of thousands of people just had their hobby put on hold,” Steve Lacey, a software developer at Google, wrote on his blog.

Twitter updates from associates of the Flight Simulator team are saying that the layoffs took place yesterday. The cuts come as part of a planned 5,000 layoffs at Microsoft, the first wave of which is reportedly centered around Microsoft’s Entertainment and Devices division and comprised of 1,400 job cuts. In addition to ACES, Microsoft also slashed 30 percent of its game testers team, according to VentureBeat. And the shakedown seems to be far from over. “Also, next week, the game group is expected to undergo a management restructuring,” VentureBeat wrote.

Fans might take heart, however, that the death of Flight Simulator isn’t completely set in stone. Boomtown contacted Microsoft for confirmation of the layoffs, and, after receiving a “no comment” response, received an email: “We can say that you should expect us to continue to invest in enabling great LIVE experiences on Windows, including flying games, but we have nothing specific to announce.”