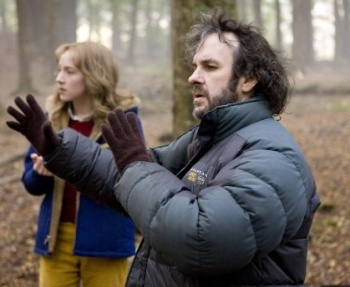 A boycott by Australian labor unions is the latest obstacle in getting Jackson’s The Hobbit to the silver screen.

An Australian actors union, the MEAA or the Media, Entertainment and Arts Alliance, has called for a boycott by all New Zealand actors on The Hobbit unless they are allowed to negotiate for a collective contract. If the actors refuse to work on the project, amounting to a strike, then the whole project could come to screeching halt. Peter Jackson issued a statement claiming that the MEAA’s demands are illegal under New Zealand law and the whole fiasco is a bid for “money and power.” Jackson goes on to say that the wranglings of the MEAA may result in the production being cancelled or moving to Eastern Europe.

“Behind the claims of exploiting actors who are cast in the ‘non-Union’ Hobbit production, and claims that various high-profile stars will refuse to take part in the films, there are clear agendas at work,” Jackson said. “As usual with these agendas, they are based on money and power.”

The Kiwi director has brought big-budget films to New Zealand such as the LOTR series and King Kong and has always tried to do right by his crew and his actors. Jackson outlines that even though his films have always been independent of the Hollywood Screen Actors Guild (SAG), they “have always respected SAG conditions and residuals.”

Beyond that, Jackson was happy to report that local actors will continue to be treated favorably. “For The Hobbit, Warner Brothers have agreed to create a separate pot of profit participation, which will be divided up amongst non-SAG actors who are cast in the film. This was not done because of any pressure from Guilds or Unions – it was actually Warners doing the decent thing, and New Zealand and Australian actors will be the principle beneficiaries.”

In Jackson’s mind, the whole kerfuffle is a grab by the Australian actors guild to gain members and snatch at some of the big American dollars that Jackson is bringing to the country. It’s a complex story, but basically a small New Zealand organization called NZ Actors Equity merged with the larger Australian MEAA. Jackson says that only 10 percent of New Zealand’s actors are members of NZ Actors Equity but they voted to be funded by their larger Australian neighbors. So the call for a boycott only comes from a very small number of New Zealand’s actors and endangers the work for thousands of New Zealanders over the next four years. But that doesn’t even matter, because MEAA’s demands can’t even be met legally.

“NZ law prohibits engaging in collective bargaining with any labour organisation representing performers who are independent contractors, as film actors clearly are,” Jackson said. “The NZ Commerce Act claims it would be unlawful to engage with an Australian Union on these matters.” Jackson went on:

My personal opinion is that this is a grab for power. It does not represent a problem that needs a solution. There will always be differing opinions when it comes down to work and conditions, but I have always attempted to treat my actors and crew with fairness and respect.

I can’t see beyond the ugly spectre of an Australian bully-boy, using what he perceives as his weak Kiwi cousins to gain a foothold in this country’s film industry. They want greater membership, since they get to increase their bank balance.

Seriously, if the Hobbit goes east (Eastern Europe in fact) – look forward to a long dry big budget movie drought in this country.

Peter Jackson’s quest to produce The Hobbit has been about as beleaguered as Bilbo Baggins’ voyage to the Lonely Mountain. The story started off great with Ian McKellen signing on to reprise his role as Gandalf the Grey, as well as Hugo Weaving and Andy Serkis returning as Elrond and Gollum respectively. But then there was financial troubles at Hollywood production company MGM, and a dispute with the Tolkien estate over rights. A director, Guillermo Del Toro, was found but then he backed out this May, citing scheduling problems. Jackson himself was to take the reins, but the film still is waiting to be “greenlit” by MGM.

Hopefully, the latest controversy with New Zealand’s actors unions is like the Battle of Five Armies and, like Bilbo Baggins himself, The Hobbit will survive to finally get made.