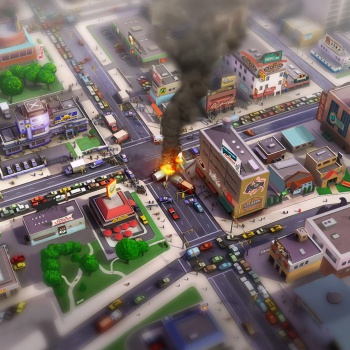 As the SimCity Gong Show stumbles ever onward, a petition demanding the withdrawal of always-on DRM is burning its way to the top of Change.org.

You may have heard rumblings that not all is entirely well with the launch of SimCity. The game is actually quite good when it works, by all reports, but the trouble is that it often doesn’t work because – you guessed it – it relies on full-time connections to remote servers. And, as has happened with pretty much every other server-dependent game release in history, it was, and is, a disaster.

And with all the predictability of the launch mess itself comes – you guessed it! – an outraged petition demanding the end of always-on DRM. “When I, And millions of other people, buy a game that has a single-player experience. We expect it to work regardless of our connectivity to the internet, or quality of our connection. EA has made this impossible, so many people with an unstable connection will not even be able to play the game in the first place, let alone anyone who wants to play on the go/with no internet connection,” it says. And then, the simple demand: “Remove ‘Always Online’ DRM from SimCity and future games.”

Internet petitions are a dime a dozen, but this one is attracting an awful lot of attention. Just one day after going public, it has already pulled in more than 34,000 signatures, and that number just keeps on climbing. Whether it’s driven by the particular ugliness of this specific launch or the cumulative effect of one always-on circus after another, SimCity fans, and presumably gamers in general, are speaking up in numbers. It won’t change a thing, of course, but it might make people feel a little while they wait for the servers to unclog.