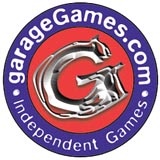 The Torque Game Engine development kit is now being licensed for the Wii with windfall of new features.

GarageGames, a technology creator for independent game developers, and Pronto Games have announced that a tool set for the Wii based on GarageGames’s Torque Game Engine is now available for licensing. Based on the widely-used Torque engine, the Torque for Wii offers support for the Wii remote’s unique functions and an online networking platform set. Discounts will be offered to developers expecting to use the WiiWare Wii Channel for distributing original titles. Pronto Games, which originally ported the Torque engine to the Wii, is the first developer to utilize the technology, applying the Torque for Wii to The Destiny of Zorro.

Josh Williams, Chief Executive Officer of GarageGames, commented, “I think every game designer has a few ideas about how they could use the Wii console’s extraordinary features to make fun games. Torque for Wii makes it easier to focus on creating high-quality experiences for the Wii, rather than implementing the technologies and tools it takes to just get started.”

“We chose to develop The Destiny of Zorro with the Torque Game Engine because of its proven reliability and our developers’ familiarity with it. Partnering with GarageGames to make the Torque Game Engine available to other Wii developers seemed like the obvious next step, and we look forward to seeing the creation of even more quality Wii titles as a result,” Randy Angle, President and Creative Director of Pronto Games.