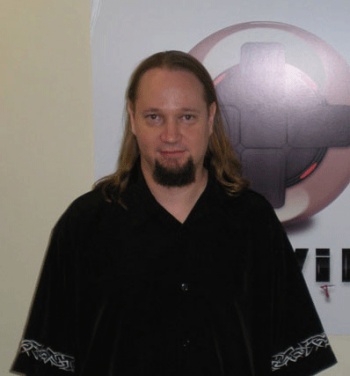 A member of the game development community with first-hand experience dealing with Steam and Valve has responded to Randy Pitchford’s recent criticisms of both.

Gearbox CEO Randy Pitchford recently laid out a few problems he has with Valve and its digital distribution service Steam. John Gibson, president and co-founder of Tripwire Interactive and developer of two successful games released on Steam — Red Orchestra: Ostfront 41-45 and Killing Floor — has responded to Pitchford’s comments, and is having having none of them.

Gibson from the get-go asserts that Valve is not exploiting independent developers. In his opinion “if it weren’t for Steam, there would be no Tripwire Interactive right now.” This could be the case of one developer giving thanks to the distributor that made its success possible, but Gibson reveals many compelling reasons why he feels Pitchford is off base.

To start, the contract Valve gave Tripwire to release Ostfront was head and shoulders above anything Gibson was able to find anywhere else, and didn’t even have any fine print “land mines” hidden within. Even though Gibson views Tripwire’s Red Orchestra: Ostfront 41-45 and Killing Floor as direct competitors to some of Valve’s own offerings (Day of Defeat: Source and Left 4 Dead), he points out their success on Steam and never feels that Valve has “downplayed [Tripwire’s] competing titles,” and is actually satisfied with Valve’s efforts in promoting his games.

Conflict of interest is nothing that Gibson feels is new within the videogame industry, as he points out that “Microsoft and Sony have a complete monopoly on their platforms, and both companies make first party games,” while “at least Valve has competition on the PC.” To Gibson, it’s not about conflict of interest, because this cannot necessarily be avoided. Instead, it’s about how Valve has handled this conflict of interest, which in Gibson’s experience was “very well,” whereas with other companies he hasn’t seen the same thing.

Not only that, but Gibson also sees Valve as the kick-starters of an “indie revolution.” He asks: “When since the 1980s could one person write a game, release it, and make a pile of money,” as developers of games like Audiosurf and Garry’s Mod have, while development studios like Tripwire, ACE Team, and Media Molecule got their start selling games on Steam and were able to expand because of it.

Gibson makes a compelling case for just why Randy Pitchford is wrong, not that Gibson’s view is necessarily the only one that should be considered. Pitchford’s comments could mostly be viewed as a worst-case scenario prediction, but he also flat out proclaims that Steam is exploiting smaller developers. Perhaps this is true in some cases, but the fact remains that Steam is an avenue for many independent developers to flourish as well, as Gibson has proven.

Hyperdrive Theory Could be Tested at the LHC