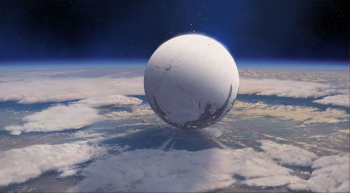 Do you love epic, sweeping videogame music, but live in a tiny town where Video Games Live would never appear? Thanks to Twitch, that won’t be a problem for long.

Video Games Live is the world’s most famous concert series dedicated entirely to the music found in videogames. Twitch is the games industry’s go-to solution for streaming gameplay footage, tournaments and any other video content centering mainly on games. Combine the two and what do you get? A free, streaming concert that’s less than a week away.

On July 20, at 6PM Pacific Daylight Time, Twitch will begin broadcasting a Video Games Live show direct from the San Diego Comic Con. The tab for this free show is being picked up by Amazon Video Games and Ubisoft (in an effort to promote Assassin’s Creed IV), so while you will see advertisements during the stream, you won’t have to drop any actual cash to catch the music.

Excited? You should be. I’ve seen Video Games Live shows a few times and they’re always great. But what should you expect to hear if you tune into the stream? Take a look:

Among the 20 song set list, Video Games Live will feature several world premieres, including the music from Assassin’s Creed IV Black Flag, Destiny and Dota 2, with Dota 2 featuring previously unseen gameplay and cinematic footage. This concert will also include new world premiere arrangements of music from Diabloof music from Diablo III and the Monkey Island series. In addition, there will be music performed from iconic games and franchises, such as Final Fantasy, Street Fighter II, Castlevania, Shadow of the Colossus, The Elder Scrolls V: Skyrim, Journey, Chrono Trigger, Chrono Cross and many more.

You can find a full schedule for the concert below, but know that prior to the show the Twitch stream will feature a two-hour preshow in which many of the musicians involved in the event and “other industry luminaries” will be interviewed live. According to Twitch, this will also allow viewers to pose questions to the interviewees simply by following the hastag “#playtheclassics.”

And now, the event’s full schedule:

? 7:00pm: Eimear Noone, Conductor of Diablo III and Zelda: Symphony of the Goddesses [guest conductor]

Thoughts? Any of this strike you as particularly exciting? You should watch the show regardless, as it’s somehow far more than the sum of its parts, but I’m curious what you readers are looking forward to here. Destiny? Assassin’s Creed IV? Hearing tunes from The Legend of Zelda that you could (and possibly do) hum in your sleep?