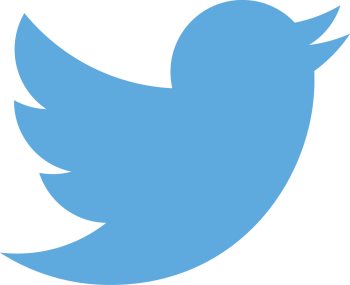 Twitter says it is considering its legal options as it looks to defend its First Amendment rights against NSA gag orders.

Google, Microsoft, Yahoo!, Facebook and LinkedIn all reached an agreement with the U.S. Department of Justice last month on “new and additional ways in which the government will permit [them] to report data concerning requests for customer information.” The agreement sets out what information regarding national security requests these companies can provide to their customers and the circumstances under which it may be provided; it’s fairly dry stuff but includes, for instance, an option to report “the total number of all national security process received, including all NSLs [National Security Letters] and FISA [Foreign Intelligence Surveillance Act] orders, reported as a single number in the following bands: 0-249 and thereafter in bands of 250.”

Twitter, however, served notice today that it believes the limitations of that agreement are too restrictive. Jeremy Kessel, Twitter’s manager of global legal policy, wrote in a blog post that “it is essential for companies to be able to disclose numbers of national security requests of all kinds – including national security letters and different types of FISA court orders – separately from reporting on all other requests.”

“For the disclosure of national security requests to be meaningful to our users, it must be within a range that provides sufficient precision to be meaningful. Allowing Twitter, or any other similarly situated company, to only disclose national security requests within an overly broad range seriously undermines the objective of transparency,” Kessel wrote. “In addition, we also want the freedom to disclose that we do not receive certain types of requests, if, in fact, we have not received any.”

Under current legislation, Twitter and other companies are prevented from providing those sorts of details, but Kessel said that not only impacts user privacy, it also infringes upon basic First Amendment Rights. The company isn’t looking to throw the doors open to everyone, but he does believe there are “far less restrictive ways to permit discussion in this area.” Twitter is “pressing” the Department of Justice on the matter, but is also looking into its legal options. He also announced that Twitter has launched “country reports,” which collect relevant data into country-specific tables that he said will be more useful to users around the world. Twitter hopes to have its entire transparency site translated to the format by the end of the year.

“We are encouraged to see an increasing number of companies publish their own transparency reports, and have added links to many of those reports on our site. We very much would like to see transparency reports become commonplace for all companies that handle user data and receive government requests,” he wrote. “Indeed, transparency is critical for building and maintaining user trust and trust from the larger public, and for fostering a healthy and vibrant global community committed to defending free expression.”