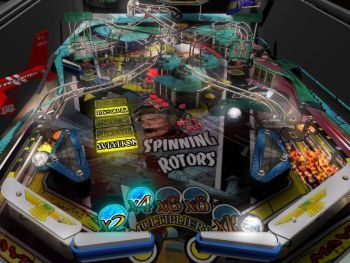 U.K. law firm Davenport Lyons has pledged to step up its fight against game copying, and has called on the country’s videogame industry to support its efforts.

The firm came to prominence in late August after it was contracted by a group of companies including Atari and Codemasters to bring action against file traders. Saying its clients were “incensed by the level of illegal downloading,” the company said it planned to contact individuals accused of downloading files with demands for an out-of-court settlement worth roughly $550, with threats of more serious legal action awaiting those who refused. in the first such case, an unemployed mother of two was ordered to pay almost $30,000 for downloading Dream Pinball 3D from a file-sharing site.

Commenting on that case, Roger Billins of Davenport Lyons told MCV, “This is significant because it’s one of the first cases of its kind in the U.K. It’s sending a message to file-sharers that if they continue to do what they do, then they’re running the risk of having to pay considerably more than the retail cost of the work. We’re very happy to assist other companies that are interested in taking part in this campaign.”

“It’s difficult to deal with piracy, especially peer-to-peer networks, and we believe that our campaign is a way of reducing piracy,” he continued. “File-sharing has become very serious, with many millions downloading copyright material, and software like BitTorrent is making things easier.”

Several companies in the U.K. and elsewhere have criticized the legal campaign against file sharers, saying it’s a mistake to punish consumers, but Billins disagrees, advocating a more hard-nosed approach to the problem. “People who steal your product are not your customers,” he said. “We do not have a very high opinion of such statements. There’s too much sympathy for people who’ve been asked to stop infringing companies’ copyrights.”