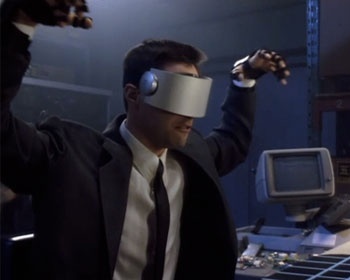 A bill sponsored by U.S. Senator Joe Lieberman would give the President a virtual “kill switch” that would allow him to effectively turn off the internet during times of crisis.

The proposed legislation [PDF format] would compel any internet providers, search engines or software companies, at the discretion of the U.S. government, to “immediately comply with any emergency measure or action developed” by the Department of Homeland Security. Lieberman, the chairman of the Homeland Security Committee, said the measures would allow the government to “preserve those networks and assets and our country and protect our people.” Any company that failed to follow orders would face presumably stiff fines.

“For all of its ‘user-friendly’ allure, the internet can also be a dangerous place with electronic pipelines that run directly into everything from our personal bank accounts to key infrastructure to government and industrial secrets,” Lieberman said. “Our economic security, national security and public safety are now all at risk from new kinds of enemies – cyber-warriors, cyber-spies, cyber-terrorists and cyber-criminals.”

To counter those potential cyber-shenanigans, the bill would give a newly-formed National Center for Cybersecurity and Communications the authority to monitor the “security status” of private websites, ISPs and other net-related business within the U.S. as well as critical internet components in other countries. Companies would be required to take part in “information sharing” with the government and certify to the NCCC that they have implemented approved security measures. Furthermore, any company that “relies on” the internet, telephone system or any other part of the U.S. “information infrastructure” would also be “subject to command” by the NCCC under the proposed new law.

“We cannot afford to wait for a cyber-9/11 before our government realizes the importance of protecting our cyber-resources,” said bill co-sponsor Senator Susan Collins.

Lieberman is apparently attempting to make the bill more cyber-palatable by offering immunity from cyber-lawsuits resulting from anything “related to a cyber-vulnerability” after the President has declared a cyber-emergency. Nonetheless, the cyber-bill is expected to meet with stiff cyber-opposition; the Center for Democracy and Technology pointed out that it “includes authority to shut down or limit internet traffic on private systems,” while the lobby group TechAmerica worried that its relatively few cyber-limitations raised cyber-serious cyber-concerns about “the potential for absolute power.”