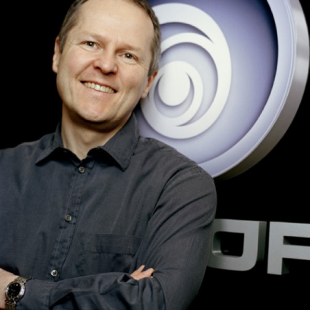 Ubisoft boss Yves Guillemot wants Nintendo to take steps to expand the Wii U user base.

Some developers and publishers have expressed doubts about the Wii U, especially in the light of its rocky sales. Despite this, Ubisoft has generally been supportive of the console. In addition to the producing ZombiU, one of the Wii U’s better regarded exclusives, the publisher has frequently affirmed its belief in the system and its hopes that a bit of patience might see it succeed.

That said, it looks as though Ubisoft may be reaching the limits of its generosity. Speaking to Kotaku, Ubisoft boss Yves Guillemot expressed that the company wouldn’t be investing in new Wii U exclusives until sales for the console picked up. “We need more sold,” said Guillemot. “[Nintendo] are coming with five of their biggest brands ever. And the Yen went down. So maybe they will take steps that will increase the number of consoles sold.” While Guillemont didn’t elaborate on what those steps should be, past statements from Ubisoft would suggest a price cut might be the publisher’s preferred move.

Whether or not that happens however, Ubisoft may already be in the process of re-focusing its efforts for the Wii U while taking lessons it’s learned from the system and applying them to other consoles. “We have to adapt the company to the potential of the market. So, what we did last year, was we knew we could learn second-screen with Nintendo, so we went full-speed to use this capacity the console was bringing. And we were able to develop Rayman, which will come at the end of this year and which is fantastic, using this second screen. What we saw is that, in learning that, we can also use it with the other consoles with [Xbox] Smart Glass, for example, and it’s a good option that is coming to us.”