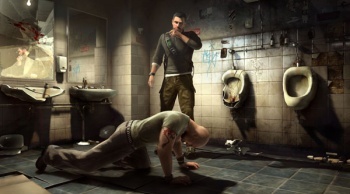 It’s a great time for Ubisioft’s balance sheet, thanks to spies, assassins and dancers.

Ubisoft predicted some pretty big sales numbers for the first quarter of 2010, numbers that proved to be accurate as the publisher announced sales nearly double those of the same time last year. Ubisoft’s sales came to over €161 million – over $200 million dollars – an increase of 94% on the previous year’s €83 million.

The reason for this increase, says Ubisoft, is the “solid performance” of Splinter Cell: Conviction and sales of back-catalogue titles like Assassin’s Creed 2 and casual titles like Just Dance. Ubisoft said it was the fourth biggest independent publisher in the US in the first six calendar months of 2010, and the second largest in Europe with 6% and 9.5% market shares respectively.

Ubisoft is predicting Q2 numbers roughly half those of the previous quarter, a figure in line with last year. It also confirmed its full year forecast “of an expected return to profitable growth and positive cash flow from operating activities.”