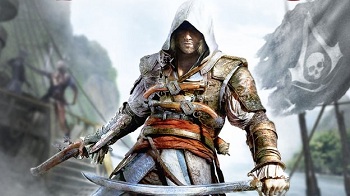 The Assassin’s Creed developer believes that annual sequels can continue as long as the games are good.

Sequels have been big business this generation. This has, in part, been a result of the times. Development costs are higher than ever and sequels are a far safer bet than investing in new properties. That said, as some franchises have begun falling into annual release cycles, there are those who have expressed their doubts as to whether that sort of business model can continue much longer. Countering such naysayers is Yannis Mallat, head of Ubisoft Montreal, who says that annual sequels are here to stay.

“When you have quality content, the frequency of coming out with the game is not an issue at all,” said Mallat. “On the contrary, people expect more and more of that content. So it’s natural to be able to provide that content. The gamers are happy and it’s our job to make them happy.” Mallat is not without basis for his claims. The Assassin’s Creed franchise has grown significantly more popular and profitable since the first game launched in 2007, thanks in no small part to a consistent string of sequels. Assassin’s Creed III, released in 2012, was a massive success, selling 3.5 million copies in its first week and more than 12 million copies total in the months following.

Shortly after the release of Assassin’s Creed III, Ubisoft announced Assassin’s Creed IV: Black Flag, slated for a 2013 launch. It was also revealed recently that another Assassin’s Creed game could already in the works for 2014. Mallat is confident these game will both be successful in part because Ubisoft has created a development culture tailored toward regular releases, with multiple teams working on different projects with coordinated schedules. “Every Assassin’s Creed has one dedicated core team working more than one year on their projects. We call that a roadmap. It takes into account the creative content – the settings, the where and what – the technology and the team.”

While Mallat believes that Assassin’s Creed can enjoy a healthy life of regular releases, he does admit that it probably won’t go on forever. That being the case, he doesn’t see an end in sight. “The players will tell us. Right now there are more and more coming into the franchise, so I don’t see that day.”