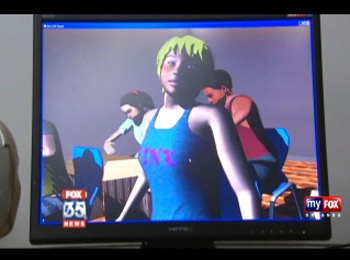 A new game that’s being developed with taxpayer money will use “digital puppets” to teach young women about how to deal with, and avoid, being pressured into sex by classmates and friends.

Peer pressure is a huge factor in the way teens behave, and it can often lead to some bad decisions about important issues like sexual activity and drug use. So how do you teach pre-teens about how to avoid giving in to it? You make a videogame.

The University of Central Florida is currently working on a game designed to teach pre-teen girls about how to resist getting into sexual situations due to peer pressure. According to a local Fox News story, the game is being funded with $434,000 of taxpayer money, and is using some surprisingly advanced technology to make the scenarios as realistic as possible.

The game apparently uses motion-capture technology to turn the in-game avatars into “digital puppets.” Instead of using a keyboard or gamepad to control a character’s actions, players wear motion-capture suits and infra-red lights track the a the movement. According to Charles Hughes, one of the Computer Science professors working on the game, “…one person controls many characters by jumping into the skin.”

The core idea behind the gameplay is that pre-teen girls will be approached by boys of the same age who will ask them to engage in various types of risqué behavior. Players will earn points by not letting these girls give in to the pressure.

The unnamed game is tentatively expected to come out next year, so it’ll be a little while before anyone can determine if its price tag was justified.

Source: MY Fox Orlando via GamePolitics