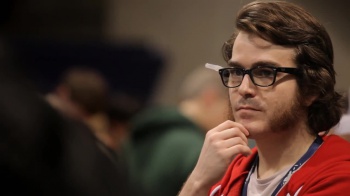 Being a game developer is a very stressful job, as you are constantly being subject to criticism from your fans, as well as media outlets. But Fez developer Phil Fish, who was recently attacked in a GameTrailers show called “Invisible Walls,” where presenter Marcus Beer sarcastically referred to him and Jonathan Blow as “BlowFish,” can’t handle being scrutinized. Fish lashed out at Beer on Twitter, calling him a “middle-aged parasite,” and suggesting that he kill himself. Classy.

“The thing with us “tosspots” “hipsters” is that we’re not beholden to media leeches like you, and you’re right. we’re VERY successful. And we’re not going anywhere. Get used to it you middle-aged parasite. Compare your life to mine and then kill yourself. [sic]”

Fish then went on to demand a public apology from Beer for his comments. “how would you react tot his [sic] kind of shit if you were me,” he said, “consider it’s been going on for years now. you’d take the high road? im being attacked CONSTANTLY. and i can’t fight back? ever? yeah that seems fair.” Fish seems to believe that telling someone to kill themselves is on-par with being criticized about his habits.

For those of you who were looking forward to Fez II, looks like you are in for some bad news. Fish protected his Twitter account following a tweet that read, “im done. FEZ II is canceled. goodbye,” and the official Polytron Twitter account has now announced “It’s with a heavy heart that we announce that FEZ II has been cancelled and is no longer in development. We apologize for the disappointment.”

“there’s not a day that goes by i don’t fantasize about leaving [twitter]. but that would only make you happy, right? i don’t want to have to get off twitter,” Fish continued, “i love twitter. but it also invites SO MUCH UGLINESS into my life.” This is a statement that I’m sure rings true for many others who have made career-ruining blunders via twitter, such as everyone’s favorite Microsoft bigmouth, Adam Orth.

Update: Phil Fish has commented on the recent cancellation of Fez II, saying:

“To be clear, I’m not cancelling Fez II because some boorish fuck said something stupid, I’m doing it to get out of games. And I’m getting out of games because I choose not to put up with this abuse anymore.”