Just as we anticipated, Sony has pulled back the curtain on the PlayStation 4. The console has just been officially announced for the first time after months of rumors, speculation, and leaks. Sony called the announcement “a moment of truth” and “a bold step forward” in the company’s future in the gaming space. 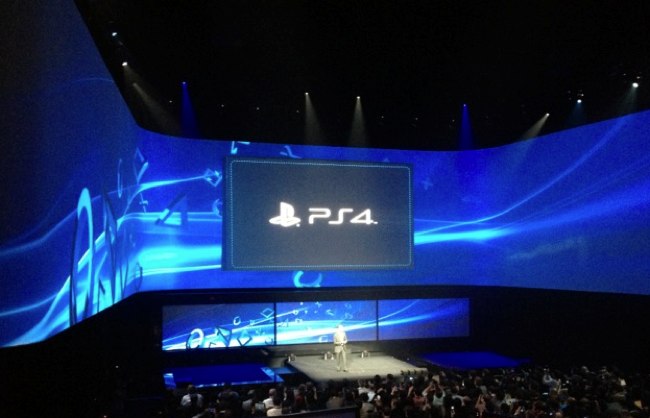 Update 1: When it comes to features, the PlayStation 4 includes some rather interesting new concepts. The console allows you to record your gameplay at all times, trim clips, and share them with others. You can also watch live gameplay of your friends as they play, and even take of their controller to help them out of a tough spot they can’t get past.

The UI itself is completely different from that of the PS3, and appears much more like the Xbox 360 UI, with boxes and geometric navigation rather than rows of icons.

Update 2:
The PS4 is capable of being put into a low-power state that allows the console to complete downloads while not being fully powered up. You can also pause your live play sessions and resume them later using the low-power option, ensuring that your console doesn’t eat up power as it waits for you to return.

Update 3:
Sony is emphasizing the connectivity between the PlayStation Vita and the PS4, promising that remote play will finally become a real emphasis. The company is accomplishing this using technology from Gaikai, a company which it recently purchased.

The PS4 will also play host to all the usual streaming media subjects, including Netflix, Hulu, Amazon, as well as several sports networks.

Update 4: The PlayStation 4 will allow you to play your games as they download. For example, if you have just the first few levels of a downloadable title completed, you’ll be able to play that content while the PS4 finishes downloading the remainder. That’s a pretty important bullet point, given that the PS3 is notorious for its downloading and updating wait times.

Update 5: Still no sighting of the actual console yet, but at least we know what the controller looks like.

Update 6: The PlayStation 4 will launch in Holiday 2013. Oh, and we never got to see the console itself.

Update 7: And it’s a wrap! Sony decided not to show off the console itself, but there’s plenty of details regarding the upcoming release to ponder over. We’ll be further covering tonight’s events in the coming hours, so get browsing!